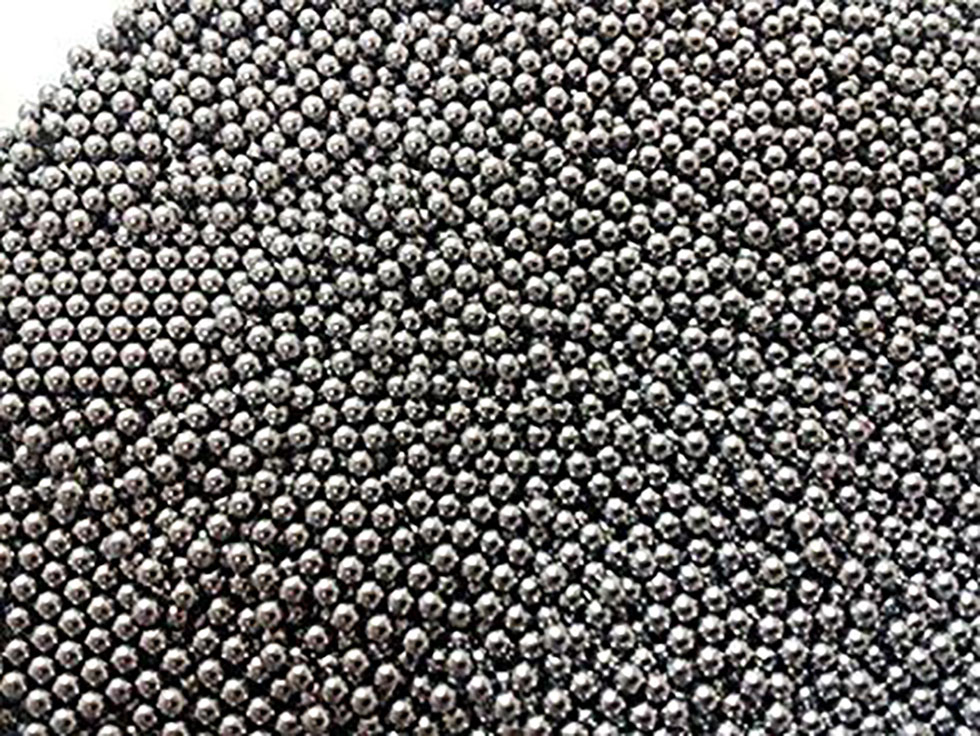 The Ancient Greek mathematician, Archimedes was tasked by the king of Syracuse to determine if a crown he had built out of gold was indeed 100% pure. The king had heard rumors that the original amount of gold he had given the goldsmith, was replaced in part with silver as the accused goldsmith kept the rest. The king tasked Archimedes to deliver a method to prove or disprove the accusation. Deep in thought, Archimedes entered the Greek bathhouse for his daily bath. As he lowered himself into the tub, he noticed the water began to rise and eventually spill over the sides. It was at this moment, he discovered a method in which to prove if the rumors were true. If Archimedes measure the amount of pure gold that water displaced, as compared to the crown, he could prove if the accusations were correct. Because silver is less dense than gold, and the crown weighed the same as the amount of gold initially given to the goldsmith, therefore the crown must be of a greater volume. Archimedes immersed the same amount of pure gold into water as well as the crown, and precisely calculated the amount of water displaced from the two. What he found was that the crown displaced a greater amount of water thus subjecting the goldsmith to substituting some of the gold given by the king to a lighter, less precious metal. While many modern day scientists would argue the level of precision needed to accurately perform this experiment would have far beyond this time, the principles of physics are merely the same. We are comparing the density of on object or, the mass of an object relative to its size. Why was this anecdote important? It reiterates the fundamental principle of Tungsten Super Shot, density.

The importance of showcasing and focusing on density is to reiterate the underlying principle of density and its relation to how TSS is effective. The most common skepticism we receive is’ “ explain to me the physics of how a smaller pellet, weighing less than a larger pellet, potentially traveling at less speed, more effective?” Again, the principle is density. In short, if we take a material of such greater density, we can utilize its weight while occupying less volume. Therefore, we can utilize pellets in shot sizes such as 7.5 through upwards of 10 and 12 while still retaining the knockdown power of less dense materials.

The next usual follow up response to this is,” well why does the smaller pellet still weigh less than the larger less dense pellets and how do you compare knockdown power?” The answer is quite simple. Shotgunners, unlike rifle enthusiasts most commonly neglect 2 principles in shooting. They are gravity and surface area with respect to wind resistance. As a larger, heavier pellet is fired, it is subjected to gravity at a quicker rate and wind resistance due to its increased surface area. As the pellet begins to fall, it also begins to lose speed drastically. The pellets surface area creates a large amount of drag, thus reducing the speed of the pellet. Ultimately, the reduced speed, even coupled with the greater mass, begins to lose its energy or, “ knockdown power.” This process actually occurs at an exponential rate relative to the mass and surface area of the pellet. Therefore, your average number 4 shot size lead pellet can actually lose half of its speed at 40 yards, while your number 9 TSS, coupled with its momentum and reduced surface area will be traveling upwards of 300 feet per second faster at that distance. Momentum is incredibly important in this equation. Momentum is calculated from mass times velocity. It’s importance focus on for us as hunters, as the ability to impart change on an object or “ not be subjected to change from an object.” In other terms, would you rather be hit by a Mini Cooper at 10mph or a loaded down semi? The same concept and argument also applies among archery hunters, kinetic energy versus momentum. A lighter faster arrow is less preferred to a slower and heavier arrow due to the increase in momentum where the mass of the heavier arrow makes up for the lack of velocity. The contrary is in TSS, where the increased density for mass is beneficial to closing that gap while the velocity retained due to less surface area makes up for the overall momentum at the farther distances.

Shooting a lead number 9 shot would be equivalent of shooting a “ wiffle “ ball. The lack of mass would result in a much lower momentum allowing the air to impart greater resistance on the pellet. While these other factors that contribute to loss in velocity such as deformation to a pellet under setback or the irregular shape of the pellet, the key principle to take away is in order to achieve an effective mass, a less dense material used must occupy a greater volume in order to achieve an effective killing energy generated from that mass. If we can retain these principles, we can yield an effective killing projective in a dense consistent pattern.

There are many ballistics software programs on the market today that calculate bullet drop and energy at certain distances. The take into an array of factors such initial velocity, size, shape, bullet weight, and even the correolous effect. One program comes to mind for Shotshell ballistics. It is called KPY Shotshell Ballisitcs software and it is developed and sold by Ballistic Products, Inc out of Minnesota. This program will allow the user to input data such as mentioned above, and ultimately yield the penetration of ballistics gel by the pellet at certain distances. It is calculated that a number 9 shot size TSS pellet weighing in at 1.2 grains under 18.1g/cc density will achieve the same penetration as your standard number 4 shot size in lead falling under 11.3g/cc density. Therefore, the knockdown power of approximately 5 shot sizes larger is achieved. This is done so by the smaller pellet utilizing its density and substantially decreased surface area to retain its velocity and ultimately, it’s energy.

By utilizing the principle of density and its relation to ballistics performance, we can utilize a small, incredibly dense pellet to deliver the same knock down power as a lead pellet in 5 shot sizes smaller. This ultimately results in increased performance, consistent dense patterns that quickly, cleanly and ethically take our game at extended ranges and with less shots fired.