The Most Comprehensive Line of TSS Shot shells 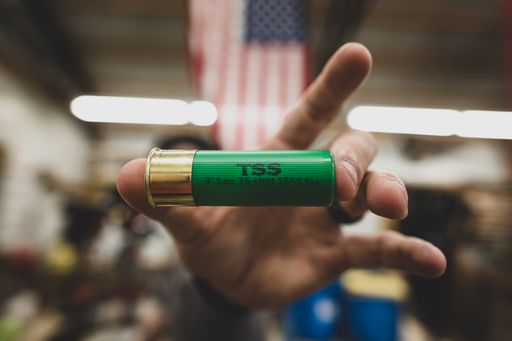 We offer the most comprehensive line of TSS shotshells in the industry today because we believe every gun should operate at its maximum potential. From pellets as large as BB for Big Game/Predator all the way down to 10s in our Small Batch Series, every customer is unique and our mission is to provide them the most premium shotshell available. While the popularity of 9s has widely taken the industry, we understand important factors that may preclude someone from using some of our more popular lines such as State regulations for shot sizes, fixed chamber lengths of 2 ¾”, or simply that their setup of gun/choke may work better with larger shot sizes or different payloads. While 12ga, 20ga, and the rise in 410 bore demand using 9s may be the most popular from the notoriety of TSS, there are several other shot gauges, shell lengths, payloads, and shot sizes offered that may better suit you, individually. We’ll explain a few of these below on why we offer them and how they may benefit you, personally.

A popular shell we offer is the Smalltown Hunting Blend. Offered in 12ga 3 ½”, 12ga 3” and 20ga 3”, this product utilizes a “blend” of 7 ½ shot stacked on top of 9 shot underneath. In 2018 when we developed this load, our research found that the certain ratios, and by keeping them separated, allowed a tighter core pattern to be achieved. Some customers prefer a very tight core 10” pattern at 30-40 yards. While traditional 9s offer the most pellets, the nature of the 7 ½ shot is to utilize its increased weight and size to allow the 9s to draft behind them reducing wind resistance. This feature enables less “fliers” of the smaller shot and results in a tighter core pattern. In conjunction, this also created a shell that increased customers abilities to use 9 shot in states that have regulations where it must be combined with a 7 ½ shot or larger.

The most underrated shot sizes for TSS are 7 ½ and 8 shot. While 9s are the most popular due to their pellet counts/patterns, some states haven’t quite caught up with their respective regulations to allow for ultra-high density non-toxic shot capabilities. For example in New York, the smallest shot to use for turkey hunting is 8s. While most states, specifically in the South do not have such restrictions, our intent was to make a shell available for everyone. Similarly in Nebraska, the smallest shot allowed is 7 ½. We took all of our lines and offered the ability for as many people to enjoy the performance of TSS without violating the law.

Aside from the state regulations, its important to note the benefits of using larger shot such as 7 ½ and 8s. Some guns used may have a fixed choke, the bigger shot allows these more open chokes to retain a tighter pattern as compared to 9s. Heavier pellets reduce the amount of “fliers” where more open chokes then to spread the pattern more evenly. As high performance aftermarket chokes have improved pattern retention enormously, not all customers have this luxury. IN addition, with using a high performance aftermarket choke, this bigger shot has the ability to maintain a tighter pattern retention at range. While we certainly do not condone unethical shots at extreme distance, we understand as hunters sometimes the distance can be misjudged. What was thought to be 40 yards, actually turns out to be 50. These larger pellets have the ability to maintain their pattern core better thus giving an increased level of confidence when you pull the trigger.

Another shell that is often overlooked is the 2 ¾” versions in our 12ga and 20ga sides. In 2019, we created the 2 ¾” 12ga model to due to the inquiries of customers seeking to use their guns (proofed for current SAAMI standards) restricted to that specific chamber length. We took our 3” 2oz model, the ST-3 (720 pellets with 9s) and shortened the shot cup to create the ST-12 model. Offered in 7 ½, 8, or 9 shot, this created the opportunity using the benefits of TSS, to ensure no customer has to feel like a 2 ¾” chamber is a crutch. However even having a chamber rated for 3 ½” or 3” chamber, this round is nothing to look down upon. A common misconception we offer receive feedback on is that customers would prefer a 3” shell even if its temporarily out of stock while the 2 ¾” model is not. However, the ST-12 offers the same payload of 2oz as the ST-3 and maximizes the performance by shrinking the shot column to the smallest possible. The end result is an incredible pattern, with zero sacrifice in performance, for every customers unique requirements.

Whether you have always shot one specific shell, partial to a particular payload/shot size, we encourage you to give our entire comprehensive lineup a review. You may find that your gun/choke performs better with one of our other offerings or you may even like the feature of reduced recoil. Whether you are a traveling turkey hunter looking to check off new states, break out that old favorite gun that was passed down, or simply looking to experiment with your arsenal, your new favorite APEX shell and/or setup is just a click away. 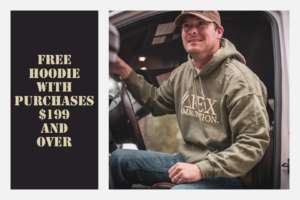