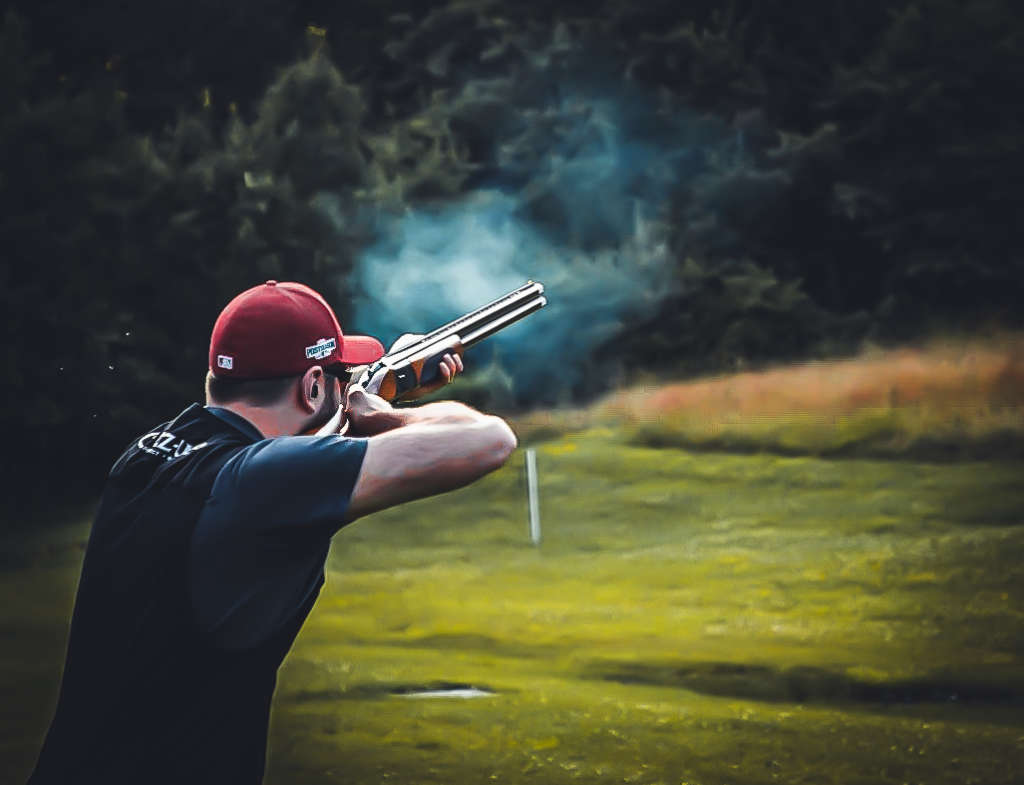 Whether this is your first season or your 20th, missing is a fairly common instance for any hunter, but often enough we do well enough to bring some birds home from time to time. If its fast-moving doves or a strong crosswind, we’ve all chalked up excuses for “whiffing.” Missing birds is a part of hunting, and if someone tells you that they haven’t missed, then they haven’t hunted long enough, even turkeys……… A few years after getting into hunting I was introduced to summer trap and skeet leagues. I didn’t notice any drastic improvements in my trap and skeet scores, at first, but I did notice that I was getting to be a more consistent hunter. After some self-actualization, I can arguably contribute this to shooting so many trap and skeet rounds in the summertime. While I am far from the best shooter in the league, my wing-shooting skills have drastically improved.

Summer skeet leagues have helped drastically shorten the amount of time it takes for me to acquire the target. Target acquisition is the time it takes a hunter to raise their gun, get on the target and fire. Determining eye dominance is very important in ensuring that a hunter can become a great wing-shooter. Ideally, a shooter has the same dominant eye that they are handed. Both eyes can remain open if your dominant eye is on the same side as you shoot from. Shooting with both eyes open helps to shorten the amount of time it takes for a hunter to acquire their target.

Checking eye dominance is a very simple task to do. Stand with legs shoulder width apart and extend your arms straight forward, palms out and make a small diamond with your hands. Keep your hands extended, and start with shutting one eye at a time. A shooter has found their dominant eye when the object they placed inside the diamond has moved, after closing their dominant eye.  It is always easier to shoot well if your dominant eye is on your dominant handed side of your body. This makes it much easier to pick up the target, and allows you to shoot both eyes open. For example, if a shooter were to determine that they are right handed but left eye dominant, there are a few things to improve their target acquisition

Shutting the dominant eye is one of the easiest strategies to first try. Shooting with both eyes open is more effective than closing one eye. Placing a piece of tape over the lens of your shooting glasses over your dominant eye will force your other eye to take over. After all, when we degrade one sense the others get stronger. It will seem very strange at first, but this will prevent you from having to learn to shoot from the opposite side. This reason is why it is so important to determine dominant eye before a shooter progresses too far into their shooting career.

Eye dominance directly carries over into upland bird and waterfowl hunting as well. Luckily most shoot right handed and are right eye dominant, therefore allowing to shoot with both eyes open. Some of you may ask why is this even an important part of wing shooting? Many shooters find out later in their life that they are right hand dominant but left eye dominant, and this can cause many problems. This will essentially make shooting more cumbersome. Having a cross eye dominance can make hunters miss targets because they are picking their heads-up off the gun stock after the shot, ultimately shooting over the target.

Shooting with both eyes open really helps you to increase shooting efficiency. As a matter of fact, this is how many military operators train, to shoot either hand with both eyes open should one of their limbs become inoperable. For me, I like to hold what they call is a “low gun”. I place the beads of my shotgun under the “window” of the skeet houses, prior to calling for the target. This helps me to make sure I see the target come out of the window. Many shooters notice having a much faster target acquisition when, combining a low gun hold and keeping both eyes open. This will allow a shooter to have the target fly out of the house over their shotgun beads. Therefore, allowing them to see the targets much faster. In this case, imagine the ducks are working that last pass, you have both hands on the gun, and as they circle one last time, you’re about to call the target.

Holding a higher gun may cause the shooter to not see the target as fast due their beads partially blocking their vision. Shooting with both eyes open helps decrease the amount of time it takes to see the target. Ideally, a shooter will then focus (with both eyes) on the corner of the window of the house they are shooting. Naturally, a shooters eyes will start to track the target across the field, allowing the shotgun to swing along the same path. Shooting with both eyes open is very important in low light conditions. A shooter can really struggle to acquire targets when shooting in low light conditions. Many shooters may tend to peek and lift their head when shooting in low light. This allows for many bad habits to develop, thus again, resulting in shooting over the target.

Summer skeet leagues can help even the most seasoned shooter, reinforce the basics of wing shooting. Wing shooting, unlike rifle shooting have many different aspects. With a shotgun, most shooters are shooting at a moving target. First timers usually struggle to do well shooting at a moving target because it seems strange to “lead a target”. Most new shooters do not see how they can shoot where the target will be, versus shooting where it is now. Anyone who has been shooting trap and skeet for many years has heard of those who shoot sustained lead, or consistent leads. There have been many shooters who have preached for years on certain stations that a shooter needs “x” amount of lead to break a target. While that does work, it is a lot to try and remember when in the moment of truth. The biggest thing to remember when shooting moving targets is, to swing past the target, get in front of it and follow through! What is meant by follow through is to swing ahead of the target, pull the trigger and keep the gun barrel moving after the shot. This cannot be overstated enough on the follow through.  This forces the shot string to go where you were pointing the shotgun (ahead of the target). Without follow through, the shot will go to where you pulled the trigger from, and not where you intend the shot to go. This results in many missed targets and frustrated shooters. Ever felt like you, “know you hit that duck?” The follow through is as important as the rest of the fundamentals of wing shooting.

Many new shooters get a false sense of security in thinking that they have a large margin of error when shooting moving targets. Some shooters over estimate how many pellets are in a shell, and how wide of a pattern their choke tubes produce. Goose hunters are notorious for this fallacy. This in turn, makes hitting a moving target very difficult. Every shooter will get lucky once and a while, and hit a target with a few pellets if they are “close enough”. In short, its better to give a target too much lead instead of playing it safe. Granted this will make most shooters miss targets for a while, but targets are not hit if you shoot behind them.

The most important aspect of wing shooting that summer trap and skeet leagues teach is the reinforcement of gun safety. There is nothing more important than gun safety when it comes to wing shooting. We could all agree we would much rather hunt with someone who is a very safe hunter, and a terrible shooter; than with someone who is a great shooter but very unsafe. Shotguns shall only be loaded when the shooter is on the pad of the station they are shooting. It is critical to keep the muzzle of a shotgun pointed in a safe direction at all times, and that is up in the air. Getting used to keeping the muzzle of your shotgun pointed up in the air will help you to keep your hunting buddies’ dogs safe when in the field as well. There is nothing that will get a gun dog owner angrier than having someone shoot at a low bird over their dog, or point a muzzle down towards the ground. Anyone who has ever had a bird dog or waterfowl dog knows just how much these dogs mean to us; they are essentially a four-legged child of ours.

In the end, honing your skills in the off season will ultimately help you reinforce your skills and consistently hit more targets. As coach always said, “fundamentals are key, that’s why we practice them!” But most importantly, remember to have fun, enjoy the experience, and experience your best shot.