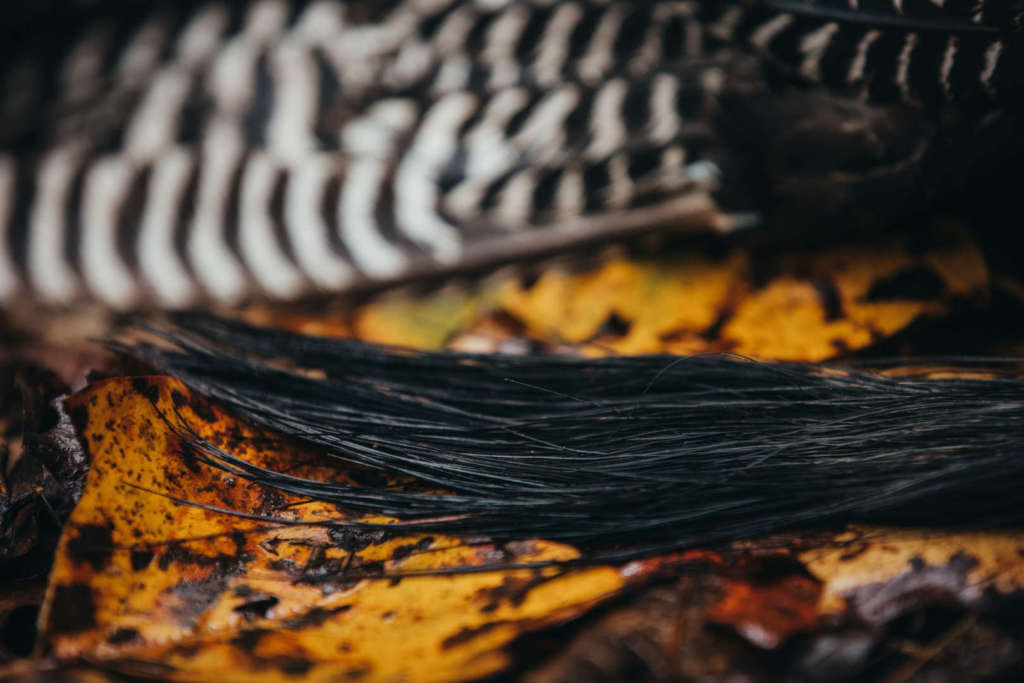 When hunters talk about fall and hunting season, many of their minds race forward to cool November mornings spent sitting in their tree stand. Many states have even legalized crossbows for all to use, making it easier for more hunters to get into archery hunting in the fall. Most hunters associate turkey hunting with warm spring mornings, when love sick longbeards’ run to hen yelps, gobbling the whole way. Fall turkey hunting has seemed to have taken a back burner for most hunters in recent years, but fall turkey hunting can provide a very exciting hunt. Fall is a time of the year that most will associate with two things, food and family; turkeys are no different.

Spring and fall are the only two times of the year that seem to matter for the turkey hunter. In the spring time we are hunting the wild turkeys during their breeding season, and gobbles can be heard for up to a mile on a calm morning. We are reversing nature by trying to call the gobbler to the hen, or the hunter doing the calling. Hunting turkeys during the spring is one of my favorite things to do. There isn’t anything quite like having a turkey gobbling or drumming so close to you that you can feel it vibrate on your chest. This will make the most seasoned hunter come unglued with excitement!

Most states wild turkey populations are doing well enough that hunting fall turkeys is permitted. Most often, hunting turkeys in the fall of the year is quite different than hunting them a mere six months earlier. In the fall and winter seasons, turkeys are mostly focused on feeding and putting body fat on for the upcoming winter season. During the fall or winter season we are hunting “normal turkeys”. What I mean by normal turkeys, is how they act the majority of the year. Spring gobbler hunting is focused around hunting turkeys that are in the midst of their breeding season. During the fall and winter, turkeys aren’t focused on breeding; they are focused on food. A hunter that regularly finds success with fall turkeys spend many days afield scouting before their seasons come in. Some of the turkey hunting tactics can be the same, many are different.

More often than not, turkeys are found in areas close to where you saw and heard them in the spring time. Do not take it for granted that you will find them in the exact same spots, because that might not always prove to be true. Scouting in the fall should be focused around food sources. If you are hunting mature hardwoods in hilly or mountainous terrain, concentrate on finding out where the mast crop is. By mast crop I mean oak, cherry, and beech trees that are producing fruit (nuts). Turkeys love these nuts and will spend considerable amount of time feeding in these areas. Turkeys also love to eat grapes that drop from grape vines. It is nearly a sure bet that you will find turkeys in a patch of producing grape vines. Once you find where the food is, carefully comb through these areas to find where the turkeys are feeding. During years where there are multiple areas with mast crops, finding turkeys will be difficult. Turkeys will be moving from one food source to the next.

After you have located the food sources, you will need to make sure there are turkeys in these areas. A fall hunter can utilize several spring scouting tactics to find turkeys during the fall months. One very effective overlooked tactic, is getting out in the woods prior to daylight and listening for roost talk and turkeys flying down. Fall turkeys will call while they are on the roost, prior to flying down; just like they did in the spring time. The calling will most often be dependent on what mood the turkeys are in, and what kind of turkeys that are roosted near you. There are several kinds of turkey flocks that you may run into during the fall seasons. The most common is a flock of hens and their poults from this past spring. The poults usually will range from 8-12#, depending on when they were born and how much food is available to them. This kind of flock is usually the most vocal, especially when they are split up from one another. The younger birds will try to yelp to search for their mother hen.  Their yelp (kee-kee run) will come out similar to a high-pitched whistle, due to their vocal cords not being fully developed yet. Flocks of mature gobblers are often times silent on the roost during the fall. However, they do make quite a racket while flying out. If you listen closely, you can hear their wing beats from around a hundred yards away. Occasionally you will hear some gobbling or gobbler yelps from a flock of mature gobblers. I have even experienced a flock of mature gobblers strutting, drumming and gobbling in the fall. The gobbling and strutting are to iron out the pecking order of that group of gobblers, not to display for hens. The last common type of flock would be a flock of barren hens that did not have any poults. These birds will commonly be yelping and clucking on the roost.

The next piece of the puzzle that you will want to look for is, where they go once they fly down. Determining where birds will head in a remote wooded area in mountainous terrain can be more difficult than in farm country. I like to look for different changes in terrain in more mountainous regions. This is no different than when hunting whitetails. Animals will take the path of least resistance. Terrain features can be anything as simple as a funnel, a bench, or steep side hill. Turkeys prefer to be roost higher on the hill (during nice weather), and they can see danger coming from below them. One thing that a hunter in farm country has going for them is, the ability to see for a long way across an open field. Inclement weather makes turkeys much more predictable, due to their nature. Rain, wind and hard snowfalls will drive birds to more open areas in lower elevations. This can be found in every terrain feature that I have hunted so far. These inclement weather conditions make it very difficult for turkeys to detect danger coming, and will make turkeys go to more open areas. Wind and rain make it more difficult for turkeys to hear, therefore they are going to favor their eye sight in these kinds of conditions. Turkeys will most often head for a food source after they fly down and begin feeding. This is no different than most of us going to our kitchen to eat breakfast after waking up. Find the food and you will find the turkeys.

Do your homework and learn as much about the turkeys in the areas you hunt and you will have a successful fall season.